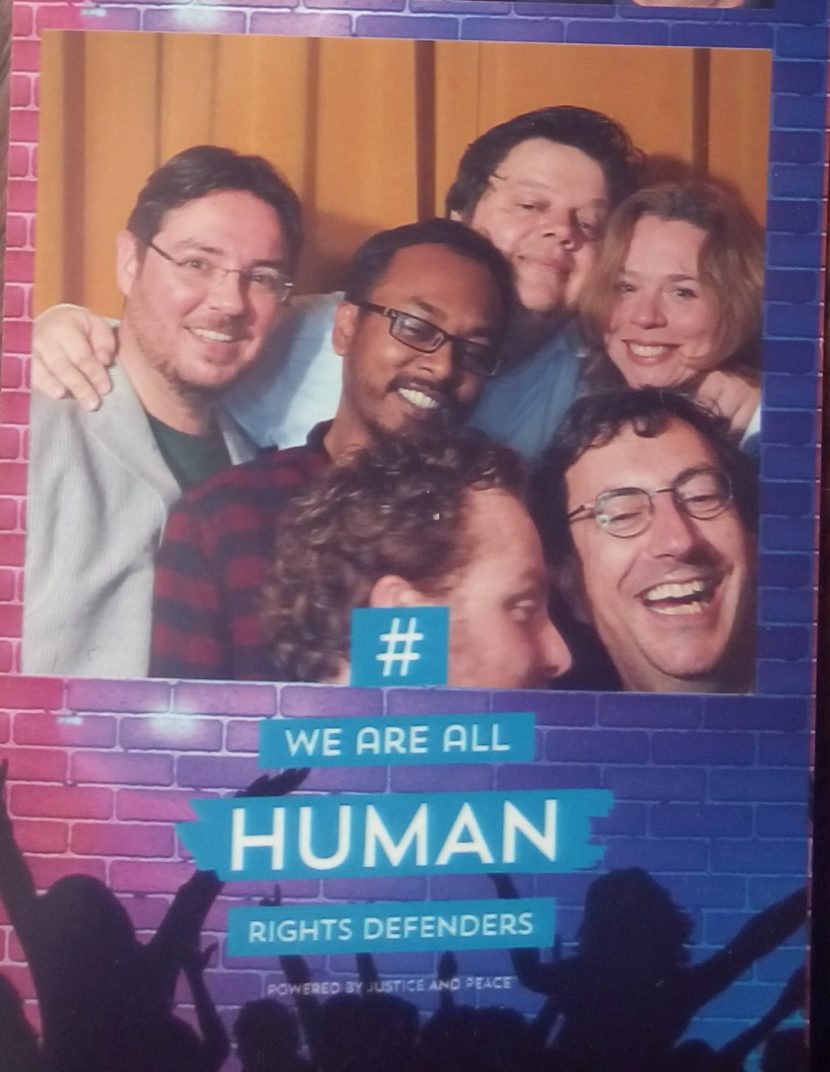 I’m proud to be here as a climate activist. This year I’ve joined the world wide Fossil Free Movement. Fossil Free says: nobody should profit from destroying the earth. That’s why fossil free urges city’s, pension funds and banks to steer with their money. Pull their investments away from fossil fuel industry. And invest in clean energy and a just and save world.

When I realized the gravity of climate change, I could no longer live the way I used to. So first I quit all my earth frying hobby’s – like flying for holidays. And when I realized that the government wasn’t taking any real action, I quit my job to become active. Because, if we want to stop global warming, it’s now or never. Freaking literally.

Only once in my life I attended a demonstration. So it took a while for me to see myself as an activist. Let alone a human rights defender. Now I’m proud to call myself a climate defender. I discovered it’s enriching and empowering to be part of a bottom up movement that’s building up pressure on businesses and governments to radically change their ways, to stop global warming.

I like to close with a quote I think of when working on the climate gets a bit overwhelming. It’s a quote from the climate defenders from the Pacific Islands, whose land is gradually disappearing into the sea as a result of global warming. They say:

We are not drowning, we are fighting.